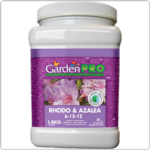 This sun and warm weather are certainly bringing out the flowers and I’ve noticed a few rhododendrons and azaleas cracking some colour around town.  If you haven’t done so already this is the time to fertilize with a rhodo specific plant food such as GardenPro Rhodo & Azalea.  Just before flowering and just after is the rule of thumb for rhodos.  I also like to top dress with Sea Soil Original.  It helps their leaves maintain a rich green colour not to mention keep the moisture in. 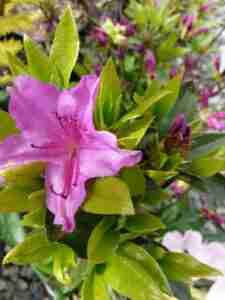 What is the difference between a rhododendron and an azalea?   Quite often the tag on what looks to be an azalea says rhododendron on it.   That just confuses people like crazy.  Well, the truth of the matter is that azaleas ARE rhododendrons.  They just belong to another subgenus which I won’t get into because they’re just big words that you won’t remember anyway unless you’re deep into plant stuff.  I could get into subgenera, sections and subsections but your eyes will glaze over and quite honestly so will mine.  To the regular Joe (and Jane) we just call them rhodos and azaleas

Evergreen azaleas, for the most part, have smaller leaves and enjoy the sunshine a bit more than their rhodo cousins.  Usually the flowers are clustered together to produce a mass of colour over a tidy plant.

Rhodos tend to have bigger and more leathery leaves, flowers held in large trusses, and they like a shadier environment, nestled in with larger trees to provide protection from the hot afternoon sun. 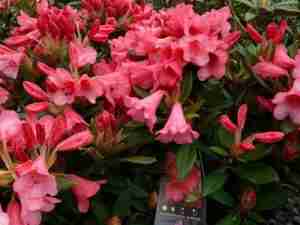 Soil requirements are the same for both and they thrive in our acidic soil however, in the garden, the soil needs to be amended every year as the nutrients get depleted with watering and hungry plants.  In the wild, the forest does the amending with decaying leaves, needles and other things that drop to the forest floor.  Again, mulching with Sea Soil does wonders or using compost high in organic matter.

When planting choose a good potting soil such as Sea Soil Potting Mix and mix it with the soil you’ve dug out of the planting hole (which should be about two times the size of the pot).  Always make sure you don’t pile soil any higher than how it is planted in the pot otherwise you are handing the plant a slow death sentence.  Planted too deep with soil against a woody trunk leads to rot.

Water in well and continue to water deeply through the summer to allow the roots system to get established but that doesn’t mean drown the poor thing!  Use a moisture meter for good measure or dig down gently with a trowel to see how far the water has travelled. Although rhodos are naturally shallow rooted you still want to encourage the roots to grow deeper instead of along the top surface of the soil where they will tend to dry out faster and be exposed to heat.  Deep down is where soil stays cool and moist.  So water deeply and less frequently. 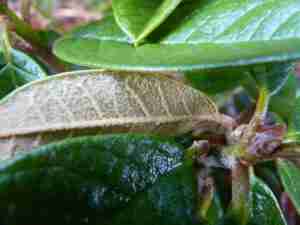 One of the cool things about some rhodos that you either like or not (I like) is the fawn coloured fuzzy stuff on the undersides or a white dust-like coating on the top sides of the leaves of some cultivars.  That is called indumentum (underside fuzz) and tomentum (topside fuzz) and they are traits that collectors often covet.  It’s natural thing that some rhodos have that helps protect leaves from the elements.  Often people mistake this for a disease or insect problems but really, it’s a good thing.

A common question we get at the garden centre is “Can I prune my rhodo?”  Yes, you can but rhodos aren’t really meant to be pruned and I tend to scrunch up my face when asked.  If you absolutely need to because it’s getting in the way or it’s old and leggy then do so immediately after flowering but bear in mind that it’s going to get that way again and you might be better off replacing it with a smaller variety more suited to the site.  See the picture below of an old, old rhodo in Ladysmith.  Something tells me they didn’t plan on it getting that big.

Now is the time to be planting and when the selection is best at the garden centre.  Big, small, fuzzy or not, rhodos deserve a spot in your garden.  Just not a really sunny one…unless they’re an azalea.  Then it’s ok. 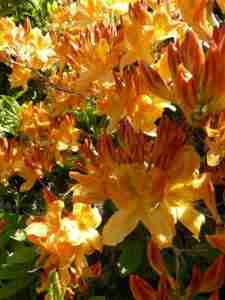 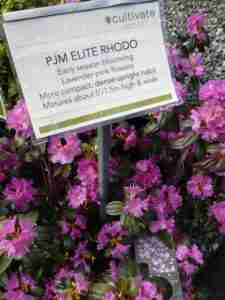 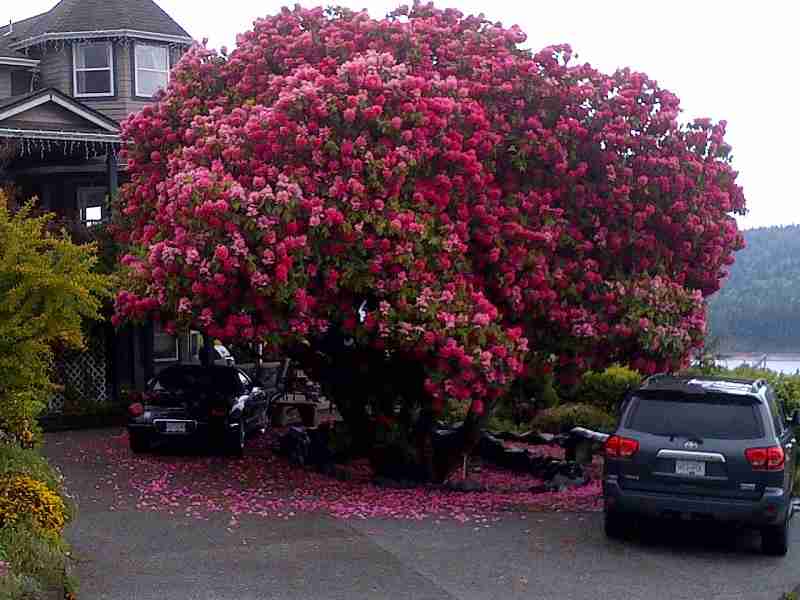