In March it can be almost shirtsleeve weather one minute then you turn around and there are a few drops of rain which turns into hail which then settles into snowflakes.  Do you break out the patio furniture or the snow shovel?

With the weather so unpredictable it’s hard to know when to do what in the garden but there is one chore that can be done in March that makes a lot of gardeners tremble in their boots.  Sharpen your pruners and get your garden gloves on because it’s time to prune the roses! 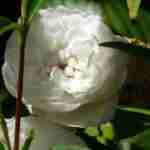 Roses are known to be the high maintenance dames of the garden, demanding the most time, the most pampering and being prickly in temperament.  It is at this time of year that you can get back at them by going to town with sharp pruners and shouting ‘Take that!’ as you cut off the thorny canes that have attacked you in the past.

As with everything, people have different opinions on how to prune roses.  Basically your rose bush will grow whether you prune it or not.  Pruning is meant to help shape the plant, keep it healthy and to minimize the height somewhat so that you don’t need a ladder to smell the flowers.  You can prune with a handsome pair of sharp Felcos or you can charge up your hedge trimmer, it’s really up to you and your style of gardening.  I know, I cringed as I typed that but apparently some serious rose growers in England do it this way. Personally, I’d grab the Felcos.

Whatever your tool, moderate pruning is popular for most bush roses such as hybrid teas and floribundas once they are established.  They do need to be pruned hard (back to about 8 inches from the graft or crown) the first few years to establish shape but once that’s done you can cut back canes by about two thirds each spring.

A few quick rules to follow.  Sharpen your pruners.  Disinfect tools before moving to the next bush. Always cut at an angle about ¼” above an outward facing bud, (I’m not sure how you manage that effectively with hedge trimmers) with the slope angled away from it.

So here we go, Felcos at the ready.  Begin by removing any dead, diseased or damaged stems.  You can usually tell its dead if it’s gray in colour and shows no signs of growth.  Prune out any branches that are heading back across the middle, or crossing over another branch.  Remove most of the weak and spindly little branches because they aren’t going to do much for you other than take a ration of nutrients and water and expend energy that could go into growing bloom producing canes.

Keep only a handful of the strongest and best situated canes.  The idea is to create an inverted umbrella shape, keeping the middle open for optimal air circulation in the growing season. Lastly, remove any suckers that are growing from below the graft union as they are from a root stock of a stronger rose that your hybrid was grafted onto.

Climbers are a little different and should be left alone the first few years of planting so that the main canes can reach the height they need to be to cover the structure they’re growing on.  Off of the main canes will grow ‘laterals’ and it is these that will produce the flowers.  You can prune these laterals back about 30% to a healthy bud and again, removing any dead, damaged or weak stems. 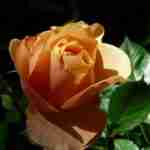 Ramblers produce their flowers all at once in early summer and don’t normally require any pruning other than to keep them in check.   If you do need to take the trimmer to them do it immediately after flowering.

See, was that so hard?  Pruning roses can be a daunting task for even the most seasoned gardener but remember, roses rarely die from pruning and they rarely die from lack of pruning.  A more difficult task on pruning day might be figuring out what to wear with weather so unpredictable.